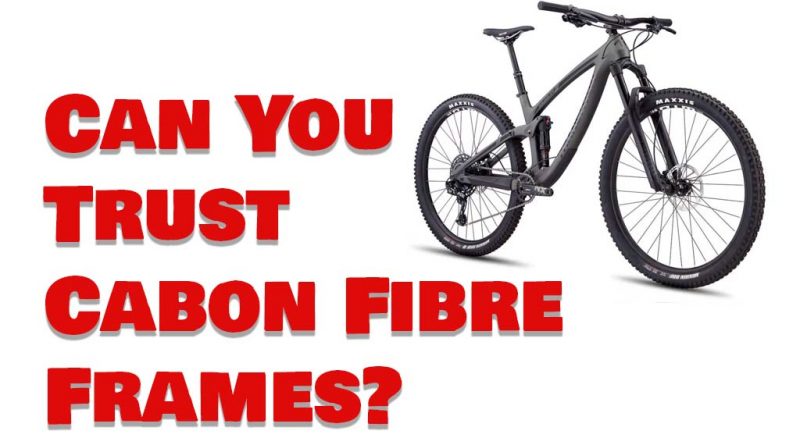 Over the last couple of decades, the use of carbon fibre has become more and more popular with bicycle manufacturers. However, there are still many myths and misconceptions about carbon bike frames, so people still ask ‘can you trust carbon fibre frames? Carbon frames have evolved from being an exotic, unreliable material only used on the highest-end endurance bikes, to now being one of the most commonly used materials.

When Is Carbon Worth It? (carbon vs. Aluminum)

There are both benefits and negatives to carbon fibre compared to aluminium or steel.

How Long Should a Carbon Frame Last?

The general consensus among the largest bike manufacturers that produce carbon fibre frames and forks, says the average life of carbon is 5 to 7 years if ridden, or 7 to 10 years if left unridden. However, this depends primarily on how the carbon is layered during manufacturing, what resins are used and the process they were used in. and how the frame is used or abused.

However, a good general guideline is that the lighter the carbon frame or component, the less abuse/riding it can tolerate. Lightness is achieved by concentrating the strength in the layers of carbon in the most important/structural areas. So to put simply lighter thinner carbon frames are unlikely to last as long as thicker heavy-duty frames.

Carbon frames normally last at least 5 -6 years if riddles regularly. How long your frame with actually last will depend on what type of riding you do (road, MTB, BMX, etc), and also how careful you are with your bike. Modern carbon frames are becoming much more reliable and normally have a more consistent build quality. This is resulting in a longer life expectancy for carbon frames and components. However, the life expectancy of a steel or aluminium frame is 7-10 years – so carbon still has a little catching up to do. However, if carbon fibre is built well, the right resins are used, and it does not sustain any damage, theoretically, a carbon frame could last indefinitely, as it does not corrode or fatigue, unlike metal frames.

This depends on the carbon frame. If you have gone for a cheap lightweight frame, then it’s quite likely to break easily. However, if you choose a frame from a reputable brand it’s much more likely to be more robust. This is because carbon frames get their strength from good design and a good manufacturing process. The other benefit of buying a carbon frame from a reputable brand is that they will have created many prototypes, and will have most likely corrected any faults.

Carbon bikes are becoming much more reliable, and cracks are becoming much less common. However, carbon bikes do crack. This is often caused by prior damage to the frame, and sometimes manufacturing faults. If you notice a crack in your frame stop riding it, as carbon is well known for failing spectacularly.

Can Carbon Fibre Frames Get Damaged by Heat or Cold?

Both hot and cold temperatures should not cause any problems to carbon fibre frames. Carbon fibre is used in launch/reentry vehicles and also satellites where the temperatures range from superheated to near absolute zero. Resins commonly used in the manufacture of carbon fibre can withstand heat of up to 220F (104.4C). So for everyday riding temperature should not affect the strength of carbon fibre. Just try not to let your bike fall into an active volcano!

How Often Should You Inspect a Carbon Frame for Damage?

It’s important to inspect a carbon bike after most rides for any serious damage or deep scratches. If you have just had a crash, pay extra special attention while inspecting. It is important to regularly inspect for damage because once carbon fibre is damaged it can fail all of a sudden and very dramatically!

How Do I Know if My Carbon Frame Is Damaged?

Can a Damaged Carbon Bike Frame Be Repaired?

Yes. Pretty much any carbon frame can be repaired, no matter how severe the damage. Carbon fibre is a great material for repairs because it’s very easy to work with, and the repair will often be as strong, if not stronger than the original.

Repairing a damaged carbon fibre bike frame is done by laying new carbon fibre over the damaged area and then epoxying them in the same direction as the original carbon fibre. Although this will often be stronger, there may be a slight weight gain due to the extra material.

How Much Does It Cost to Repair a Carbon Frame?

What should I use to clean my carbon bike?

You can use soapy water, and a low-pressure hose like you would on any other bike. As with any bike, try to avoid using a pressure washer as it can wash out all the grease from the bearings and push water into places you don’t want it, like your fork seals. Also, especially when cleaning a carbon bike, try to avoid using any aggressive solvents, as they can damage the paint and in some cases even damage the carbon itself.

Can you buff a carbon fibre frame?

Over time carbon fibre frames can lose their shine. This is usually in fact Just the lacquer that has lost its shine. So yes, you can buff, and polish carbon frames to remove swirls and increase shine, and you can even wax and seal them just the same as you would do to your car.

What is carbon assembly paste? and should I use it?

‘Carbon assembly paste‘ or known as ‘Carbon Grease‘, or even ‘friction paste’ is designed to increase friction so you don’t need to over-tighten carbon parts. Friction paste is often used between the seat tube and seat post to prevent it from slipping on carbon bikes. It also serves the purpose of repelling water, however, this isn’t a big issue compared to aluminium or steel bikes as carbon does not corrode.

What is a carbon assembly paste alternative?

Most people say to use carbon past or nothing. However, if you must use an alternative to carbon assembly compound you could try a non-hardening gasket sealant, or some have had success with Clover lapping compound.

Do I need to use a torque wrench on carbon frames?

Can you trust a cheap unbranded carbon frame?

Buying cheap, often unbranded carbon frames direct from the factory can be a dangerous game. Carbon frames get most of their strength from the frame design and a meticulous manufacturing process. So even if a cheap frame might look good, it’s hard to know how the frame was built, and if the frame was built to stand up to regulations. Also, most top brands have a long process of prototyping and testing before going into production. This process helps them find and resolve any possible frame design defects. Also, bigger brands normally have a good warranty policy, so if you do have a problem they will replace the frame. Whereas getting a warranty frame from a factory outlet might not be possible, or at least will be hard work.

What grease is safe for carbon?

Yes, all grease is safe to use on carbon fibre. This is according to Cervelo’s testing of lubes, grease, oil, solvents, and cleaners on carbon fiber structures.-Lennard.

But which grease should I use on my carbon frame? A high-quality grease like Finish line ceramic grease would be our recommendation.

Is WD 40 safe for carbon fibre?

Yes WD40 is safe to use on carbon fibre. It can be great to disperse water after washing your bike, and it’s also great for giving your bike a beautiful shine.

Should I buy a used carbon mountain bike?

Carbon fibre is widely used and trusted by most high-end bike manufacturers. It is now a material that is reliable and durable for most bike-related applications. However, like any material, it does have its limits and the strength of carbon fibre does depend on how well it’s constructed (also like any metal frame). This is why it’s important to use a reliable brand, so you know they have been built correctly. 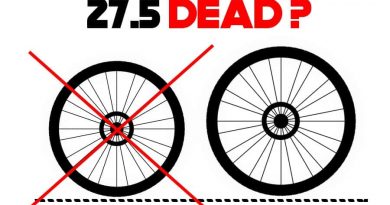 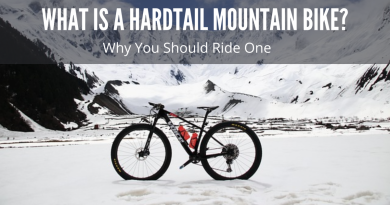 What Is A Hardtail Mountain Bike? (Why You Should Ride One)