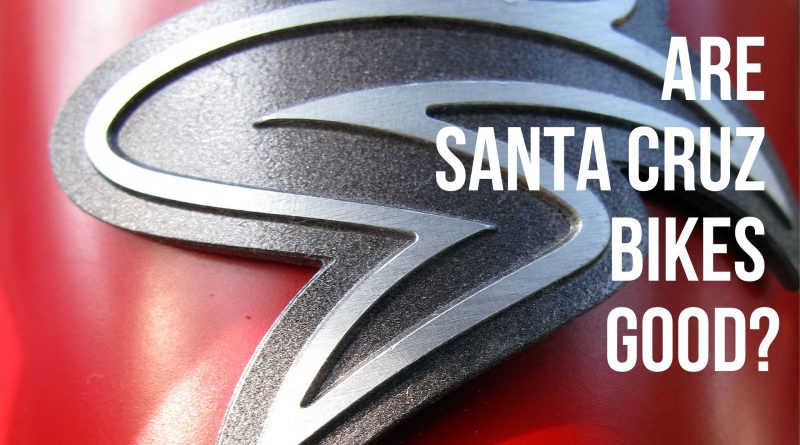 The Santa Cruz Syndicate team is one of the most well-known and most successful teams in mountain biking, which has helped to raise the companies profile, making them one of the most popular bike brands out there.

But while the company is renowned for making some of the best bikes in the industry, just how good are they really?

Santa Cruz bikes are among the most well-respected bikes in mountain biking. The company has an absolutely huge range of bikes to suit all styles of riding, so it is easy to find just the right bike for you. The company was founded by bike lovers, for bike lovers and every frame is meticulously designed and carefully manufactured. Here are a few key points about Santa Cruz bikes:

Santa Cruz provides a lifetime warranty on their, frames, carbon wheels, handlebars, pivot bearing. So what does this actually mean? It simply means that all products manufactured by Santa Cruz are covered against manufacturing defects for the lifetime of the original owner. See more information on the Santa Cruz warranty here.

Santa Cruz offers a good range of sizes to fit most types of people. The table below gives a rough guide to their sizing, just remember sizing varies between bikes. You can also try our frame size calculator here

In the beginning, Santa Cruz made bikes that were intended for both men and women to us. Then in 1999, they launched Juliana bicycles which are women-specific. This jump to women’s specific bikes makes a lot of sense as men and women are naturally built with different proportions, and like to express themselves in different ways.

Santa Cruz Bicycles was founded in 1993 by Rich Novak, Rob Roskcopp, and Mike Marquez. Roskopp was previously a professional skateboarder who rode for Novak’s Santa Cruz skateboard team. Marquez was brought on board due to his expertise as a bike engineer, specializing in suspension.

In 1999, Santa Cruz acquired the patents for their Virtual Pivot Point (VPP) which features in their bikes.

In 2013, the company moved to larger premises to allow the company to continue to expand.

In 2015, the company was acquired by Pon Holdings, a Dutch-owned conglomerate whose bike division includes Cervelo, Royal Dutch Gazelle, and Focus.

The company has continued to grow since the acquisition and the Santa Cruz Syndicate team is one of the most successful on the downhill mountain biking circuit.

What Kind of Bikes do Santa Cruz make?

Santa Cruz has a wide variety of bikes. The downhill specific V10 is probably their best-known model, but they also make Cross country (XC), Enduro, hardtail, and E-bikes. Whatever kind of riding appeals to you most, Santa Cruz is sure to have a model for you.

How Reliable are Santa Cruz Bikes?

Santa Cruz bikes have a reputation for being very reliable. They are made from high-end materials – either carbon or aluminum – and all the components used in manufacturing the bikes are similarly high quality.

The bikes also come with a lifetime warranty on the frame, handlebars, bottle cages, pivot bearings, and carbon wheels.

How Expensive are Santa Cruz Bikes?

Quality comes at a price and Santa Cruz bikes are generally among the most expensive on the market. The top-end V10 downhill bike, for example, costs $6699. The V10 is manufactured from Carbon CC, the top-end carbon which is even lighter than regular carbon. The Megatower, on the other hand, costs around $5500 and the Hightower retails for around $3500. The Jackal hardtail bike is their cheapest model at $999 and their most expensive is the Bullit E-bike at around $9000.

How Durable are Santa Cruz Bikes?

Santa Cruz bikes are generally known for being very durable. The company does all their own research, design, and in-house testing to ensure the highest possible standards. Innovations such as the VPP have been honed and perfected over the years to ensure that they are as durable as possible.

The aluminum, C carbon, and CC carbon are of the highest standards to ensure there are no manufacturing defects.

What About Older Santa Cruz Bikes?

Santa Cruz has been making high-quality mountain bikes for a long time now. Even their older models are still high quality and ride well. The components used are generally among the best on the market so they are also long-lasting.

Do They Still Make Parts for Older Bikes?

Santa Cruz has an extensive list of bike components on their website, including parts for older models. So be It should fairly easy to find any parts if needed. They also offer lifetime frame bearings for the original owner.

What are Typical Problems With Santa Cruz Bikes?

One obvious problem with Santa Cruz bikes is the price. The bikes are made to the highest possible standard and equipped with top-end parts, which inevitably pushes the price up. If you can afford it, however, they do represent outstanding value for money.

Another problem to be aware of is that the bike frames come in different grades of material and not all carbon is the same. The aluminum models are also heavier than their carbon counterparts.

Santa Cruz bikes are designed and tested by the company to ensure that they last as long as possible. In fact, with a lifetime warranty, there is no reason why the bike shouldn’t last for as long as you’d want it to.

Santa Cruz bikes hold their value very well. With a reputation for excellent bike manufacturing as well as expensive components, they are highly desirable. Second-hand V10s, for example, can sell for between $5000 and $6000. Also, some of the older retro bikes are actually starting to increase in value as they’re becoming collector items.

Are Santa Cruz Bikes Still Being Made?

Since their acquisition by the Pon Holdings group, the company has continued to grow in popularity. They currently manufacture about a dozen models which are updated regularly. The bikes are sold around the globe.

Santa Cruz provides the full package when it comes to high-end bikes. They have bikes with great geometry, top-end components, beautiful aesthetics, and some of the coolest riders on the planet are sponsored by Santa Cruz.

So, are Santa Cruz Bikes Good? Santa Cruz arguably makes some of the best bikes available, while providing great customer support. However, the price point may not fit everyone’s budget. At the end of the day, all we want to do is get out and ride and have a great time! So if you want a bike that works well, and looks good – a Santa Cruz could be a great choice. 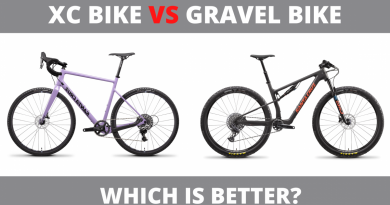 XC Bike VS Gravel Bike | Which Is Better 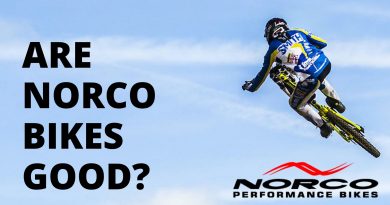 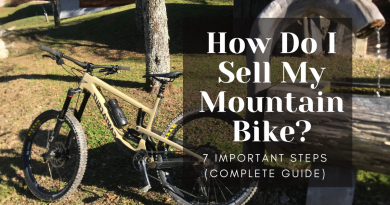 How Do I Sell My Mountain Bike? 7 Important Steps (Complete Guide)