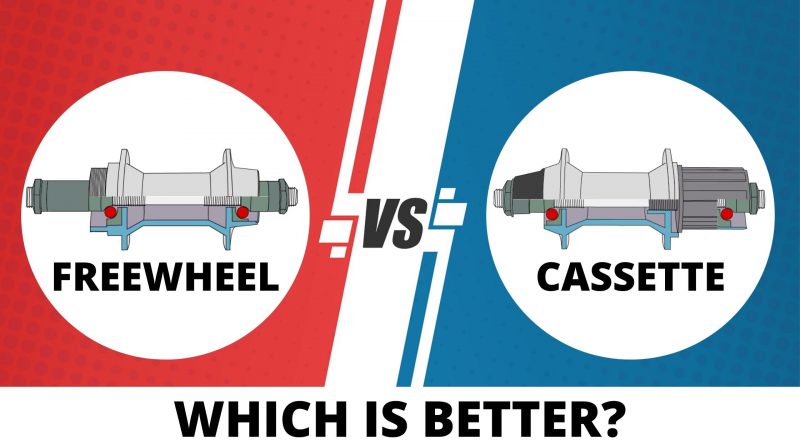 The rear cogs on a bike are usually attached to the hub by either a freewheel or cassettes. They are both different ways of allowing the rider to coast when not pedalling. Each has its own upsides and downsides.

We put the freewheel VS cassette head to head, so you can see the differences, and see which one would be best for you?

What Are Freewheels and Cassettes?

What is a freewheel on a bike?

A freewheel is a sprocket, or collection of sprockets, that has an internal ratcheting system. This is mounted on a block and it screws directly onto the rear wheel.

What is a freehub on a bike?

A threaded lockring holds the cassette on the rear wheel’s freehub body. The splines on the freehub body make up the mechanical connection between the cassette and the freehub. The hub has to be a special, cassette-compatible hub, known as a freehub. The cassette system is a newer system which was introduced in the 1980s and has grown in popularity due to the improved reliability, wider gear options, and weight savings.

The two systems look similar at first glance, but the differences become clear when they are taken apart as it becomes obvious that the cassette does not contain the ratcheting system.

Connected to the freewheel or freehub is a number of cogs that make up the different gears of the bike’s drive train. The number of cogs attached to the rear hub normally rang from 1 to 12 cogs/gears.

Over the years, the number of these cogs on bikes has increased. It used to be the norm to have about three or four of these on a bike. Now, however, it is more usual to have between eight and twelve, depending on the kind of riding which you will be doing. The increased number of gears has also meant that the space between the cogs has decreased.

The Main Differences Between Freewheel And Cassette

There are a number of key differences between the two systems.

Pros And Cons Of Freewheel

Pros And Cons Of Cassette

Can You Convert Freewheel To Cassette?

Freewheel can never be converted to cassette. The two systems are completely different. You would need to get a hub that’s compatible a cassette.

How To Tell What System You Have On Your Bike

Looking at the innermost tool fitting and the way that it rotates is the best way to tell what kind of system you have.

Should I Choose Freewheel or Freehub?

People who may want to ride with a freewheel

Due to the lower number of gears, a freewheel system is usually better for the more casual rider. The freewheel system is generally better for cruising, so if you do not need the higher number of gears to be found in a cassette system then it is well worth considering. Most classic or retro bikes come with freewheels so if you like riding older bikes then a freewheel could be the way to go. However, the cheaper price point is often most people’s motivation to use a freewheel instead of a cassette.

People who may want to ride with a cassette

Cassettes are generally lighter and less bulky than freewheel systems, meaning that they are better suited to riders who are looking to save a bit of weight.

Both systems have advantages and disadvantages when it comes to maintenance, although some cassettes have more moving parts which mean they can require more maintenance although this is rarely an issue. Despite having more moving parts cassettes are normally much more reliable than cassettes. If you are a serious, or frequent rider then you should most likely choose a cassette over a freewheel if your budget will allow it.

What’s the Difference Between Fixed and Freewheel?

In conclusion, the freewheel is often a better option for more casual/less experienced riders on a budget. The cassette system is better for more serious riders who value weight, reliability and a wider range of gears. 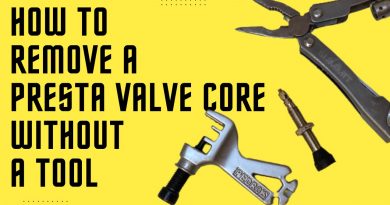 How to Remove a Presta Valve Core Without A Tool 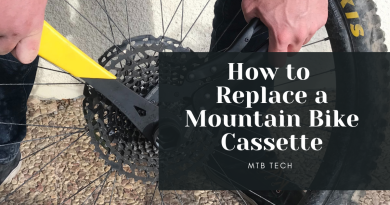 How to Replace a Mountain Bike Cassette (Step-By-Step Guide) 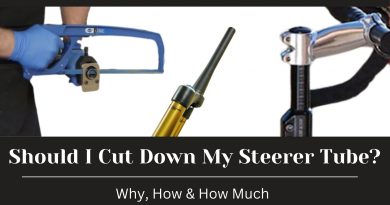